Police release video into Qld man's death - CCTV footage showing three people running after a man a week before his body was found in dense scr ...
Aussies need to calm coronavirus panic - Australians have been told to put away the face masks and instead wash their hands more regularly, ...
Sydney mum killed in horror cafe crash - A Sydney mother of two who was enjoying morning coffee with friends at a Sydney cafe has died after ...
Latest developments on the coronavirus - * In Europe, the number of people who tested positive for the illness in Italy increased by more th ...
Qld flood class action win to be appealed - A second Queensland water provider is appealing a class action decision on the 2011 floods potentia ...
Good riddance to fake 'prince': Dutton - Home Affairs Minister Peter Dutton says "good riddance" to the fake Tahitian prince Joel ...
Ballarat boy missing for a week in Melbourne's west - Police are searching for a Ballarat boy missing in Melbourne’s west. James Lacy was last seen at ...
Donations flood in to help Wendouree torture survivor - 'Angelique' is a survivor. After 3-years living with a Wendouree partner who tortured, caged and ...
What will change for Harry and Meghan? - HOW THINGS WILL CHANGE FOR HARRY AND MEGHAN AWAY FROM THE ROYAL FAMILY--WHO WILL PAY FOR THEIR SECU ...
The mobile phone reception wait is almost over for Lexton - Finally some good news for Lexton residents when it comes to mobile phone reception. Optus ha ... 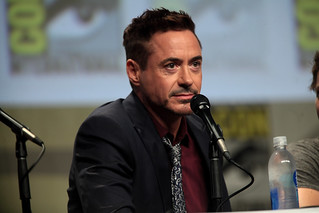 Robert Downey Jr appeared on the Joe Rogan Podcast this passed week and it could be one of the best episodes ever! For Marvel fans, you get an in-depth discussion about everything from Iron Man to Avengers: Endgame.

He also talks about his latest project Dolittle which is was released in Australia yesterday. Downey also discusses things he is willing to lose. While discussing wearing glasses Robert says he is not too worried about his eyesight becoming poorer.

For any budding actors out there, he also discusses with Joe his techniques for memorising scripts. But unfortunately for each project the technique changes, so you may have to learn a couple of them.

Watch the full episode below...