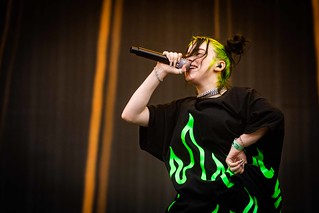 She will record the song for the new Bond film, 'No Time To Die'

A source has told fans that Eilish has written and recorded the song for the up-and-coming Bond film with her brother Finneas.

This makes Eilish the youngest artist in history to ever write and record a James Bond theme song. The youngest formally being Sheena Easton was the youngest artist to sing over the opening titles. The Scottish singer was 22 years old when she recorded For Your Eyes Only in 1981.

Eilish said that, "It feels crazy to be a part of this in every way", she then added that it is "a huge honour". She also stated that "James Bond is the coolest film franchise ever to exist. I'm still in shock."

No word yet on when the track will be released to the public or and first looks at the track. I don't know about you, but I cannot wait to hear it!!